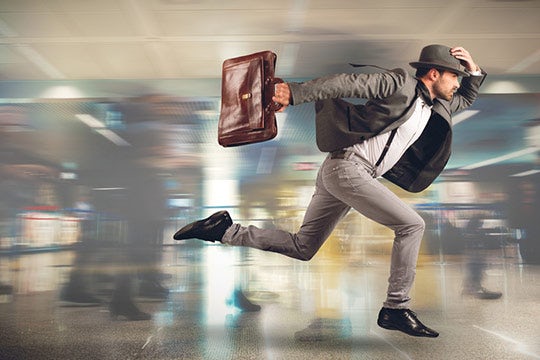 Lost luggage is nothing compared to the troublesome tales collected by Small Business Trends. The publication asked small business managers and owners to share their business travel horror stories. Here’s what they had to say.

While high-end hotels may be out of your business expense range, there should be a limit on how low you can go. One traveler who stayed at a lower-end hotel got a nasty surprise when he lied down on the hotel bed. He says his wife spotted “bed bugs crawling on my back and sucking my blood.”

When you’re stuck with last-minute planning, service providers can often smell your desperation. That was the case when a driver for a trucking company was stuck at a truck stop and needed a ride to a nearby hotel. A cab company accommodated, but it also charged $85 for the five-mile ride. The hotel topped off the evening by jacking up its rates for the last-minute reservation.

Washing rental cars is good. Soaking them until the front passenger area is flooded is not so good. It gets even worse when the business traveler renting the car didn’t notice the flood until after he set down his computer in it.

The photos on a motel website were alluring enough for a business owner to book his staff a stay. But the photos looked nothing like the reality. Bullet-proof glass separated the lobby staff from the guests, while gang fights went down in the nighttime parking lot. Continental breakfast consisted of a coffee pot and box of donuts. The business travelers ended up with itchy, red rashes from something in the motel room – either the soap or some type of tiny, biting insects (not bed bugs).

One manager was unlucky enough to be stuck trying to get from Chicago to Dallas during the massive snow storms in 2011. Although most facilities were shut down, he was told he could fly to Indianapolis and transfer to Dallas from there. Nope. He instead had to take a return flight to Chicago, and then head to Newark.

By now it’s going on three days, and he’s been sleeping on the floor in filthy clothes, buying gift shop sweatshirts to change. He finally arrives in Dallas at 1 a.m., only to be greeted by a citywide sheet of ice. The next leg of his journey involved a middle-of-the-night drive that took about five hours to get to his final destination. “I can’t tell you how many meetings and calls I had to miss.”