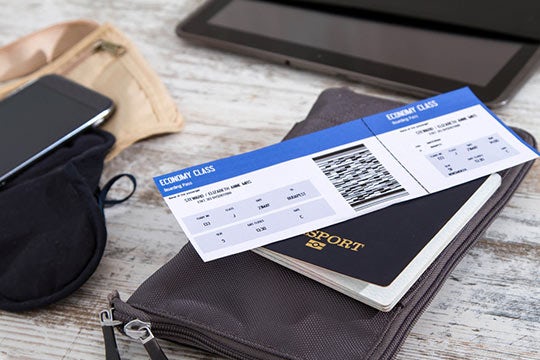 Business travel spending is alive, well and poised to hit a record $1.25 trillion in 2015, according to the GBTA Foundation’s Global Report and Forecast. The annual report predicted strong growth across the board over the next five years, especially for China and five other emerging markets.

The United States still leads the pack for business travel expenses, and all but two of the top 15 countries experienced business travel growth from 2014 to 2015. The only two with a decrease were Russia and the Netherlands, with a drop of 6.7 percent and 1.7 percent, respectively.

Travel Markets of the Future

The report pegged Indonesia and four other countries as emerging travel markets of the future. While the five regions may not be as large or powerful as those at the top of the business travel spending list, the report said each is expected to see rapid growth. The other four regions were Malaysia, followed by Mexico, Poland and Turkey.

The Asia Pacific region makes up 39 percent of all business travel across the globe, making it the hottest region in the global market. Regional spending came to $459 billion in 2014, and it’s expected to grow at an annual rate of 7.7 percent through 2019.

The US contributed to 90 percent of the $318 billion in business travel spending for North America, with Canada and Mexico combined generating 10 percent. Mexico, however, is on the list for rapid growth, expecting to increase by an annual 7.7 percent over the next five years.

Western Europe is bouncing back, with a growth of 4.8 expected over last year’s $271 billion in business travel expenditures. Growth is also predicted for Latin America, which saw business travel spending of $52 billion in 2014, largely led by Brazil.

As business travel continues to grow by leaps and bounds, be sure to track and contain your own company’s spending with Chrome River’s expense reporting software.