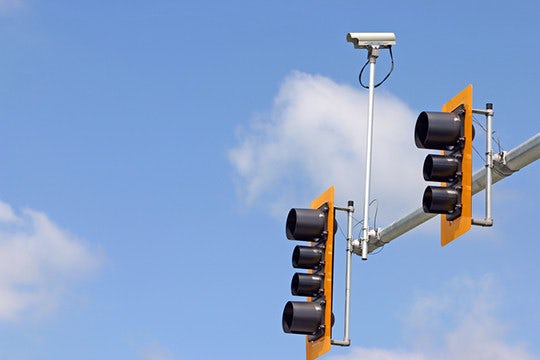 With red-light camera contracts all over Chicago, Redflex Traffic Systems CEO Karen Finley appeared to be doing a great job growing the business. All appearances were pretty much shattered, however, when details came out on just how the business was allegedly able to grow.

Finley faced 12 counts of fraud and four counts of bribery in an indictment issued last year, according to the Chicago Sun-Times, finally pleading guilty to playing a part in a bribe conspiracy. Her role could earn her up to five years in prison, with her sentencing set for Feb. 18.

Arizona resident Finley, 55, served as Redflex CEO from 2005 until 2013, previously holding the post of the vice president of operations. The indictment involved Finley and two others, retired Chicago city employee John Bills and his friend Martin O’Malley. It alleged Redflex gave Bills perks and cash so he’d steer red-light contacts in the company’s direction, contracts that eventually grew to $124 million.

Another bonus for Bills was Finley’s hiring of his pal O’Malley to work for Redlfex. Finley stated in her plea agreement that O’Malley’s job included lucrative pay increases for selling red light cameras in Chicago (even though that wasn’t part of his job description). Rigging the system to get city contracts was also part of the scheme, with Finley telling others she was deleting her emails to ensure no one found out.

O’Malley was paid $2 million from Redflex, allegedly passing on some of his funds to Bills. Other perks were signed over to Bills by Finley. In all, Bills reportedly ended up with:

O’Malley, who reportedly had been working with federal prosecutors for some time, pleaded guilty to a bribe conspiracy last December. Bills’ trial is set for January. Redflex’s contract was canceled in 2013 by Chicago Mayor Rahm Emanuel when reports of the bribery conspiracy first hit the press.