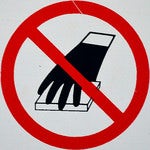 One of your employees pads his mileage on reimbursement forms. Another conveniently loses a receipt for a less-expensive meal so she can claim the $25 maximum reimbursement. For most companies, this kind of petty theft is no big deal. If the amounts lost are small, it might seem easier to ignore the problem than to investigate, but expense report fraud can have large indirect consequences.

If your employees are willing to commit expense report theft, they might be open to committing more serious fraud against the company, according to an article on AllBusiness.com by forensic accountant Tracy L. Coenen.

“Imagine a highly compensated executive cheating on expense reports to steal $10 here and $12 there,” Coenen says. It might sound strange, but it happens. “It wouldn’t be unthinkable for that executive to be stealing in other areas of the company, and the expense report theft is simply consistent with the executive’s attitude toward the organization’s money,” she adds.

A lax reporting system may tempt employees, causing them to wonder what other theft and fraud could be overlooked. This situation asks employees to independently determine how much dishonesty will be tolerated. That’s a potentially damaging situation for all concerned.

While verifying expense reporting may seem insignificant — as well as tedious and time-consuming for all involved — companies protect themselves from more serious fraud by setting clear expectations in an expense policy. Companies should understand that enforcement is critical. The benefits of rooting out expense fraud will only come if you have commitment and means to ensure enforcement.

Additional examples of expense report fraud, according to the AllBusiness.com article, might include the following.

By demanding honesty in little things like expense reporting, companies can help set the ethical tone for the workplace and employees. How do you set the tone for ethical behavior in your company?