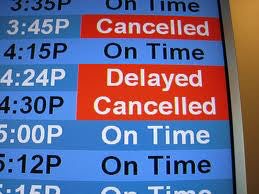 On a recent US Airways flight, we pulled into the gate later than our expected arrival time.  The flight attendant, no doubt in an effort to sound considerate, asked everyone on the plane to please let those passengers trying to make connecting flights disembark first.  I thought, ‘What a ridiculous request!  Though I’d be more than happy to oblige, how will the rest of the passengers—all of whom will be jumping out of their seats as soon as we come to a stop—know exactly who among us meets that requirement?  Would it be the people who look exhausted, flushed, nauseated or annoyed?  That would include everyone!’

According to Travel + Leisure’s annual air-travel report, based on data from the Bureau of Transportation Statistics, flight delays have become so common that more than 20 percent of all flights in the U.S. run late each year, ruining business plans and vacations, especially over the holidays.

Bad weather, delayed connecting flights, air traffic-control problems and aircraft maintenance are just some of the issues behind so many delays.  Sometimes there isn’t much an airline—or travelers—can do to avoid a delay, and that sense of helplessness is part of the frustration.

Here’s a summary of Travel + Leisure’s report on the airlines with the best and worst on-time records:

No. 13: Southwest – What?! Southwest? The No. 5 airline in 2010, Southwest fell dramatically in 2011. Yet for an airline that moves nearly 10 million passengers per month, Southwest Airlines gets surprisingly few complaints, leading the pack to claim the title of America's Least-Complained-About Airline.

No. 6: US Airways –No. 6 is not as good a standing as US Airways had in 2010 or as bad as it had in 2009.  And when it comes to customer complaints, US Airways is routinely at the top of the list, despite the fact that it carries less than half the passengers Southwest does.  Flight issues and customer service remain major problems for this carrier, earning US Airways the No. 2 slot on the list of airlines with the most complaints.

No. 4: AirTran – AirTran deserves the Most Improved award for leaping to the Top 5 in 2011 from No. 14 the previous year.

No. 3: United – The only major carrier to make the top five, United continues to hold on to the No. 3 spot it earned in 2010 and shows major improvement from its No. 14 position in 2009. But all is not perfect for United, which also earned the No. 1 spot on the list of airlines with the most complaints.

No. 1: Hawaiian – An airline that was top-ranked for the previous three years and keeps finding ways to get better.

It’s also worth noting that both Hawaiian and Alaska earned top spots as airlines with the fewest customer complaints.

So what’s a weary traveler to do to avoid delayed flights and cranky airline employees?  Travel + Leisure says one proactive strategy is to allow an extra hour or two to catch a connecting flight, since it’s a lot easier to calmly wait around an airport for your scheduled flight than to miss a connection and scramble with hordes of fellow passengers to rebook.  They also advise booking your ticket with an airline that has a proven on-time track record.

And don’t forget to make way for the poor souls running through the airport who didn’t remember to do that. 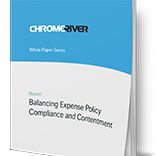